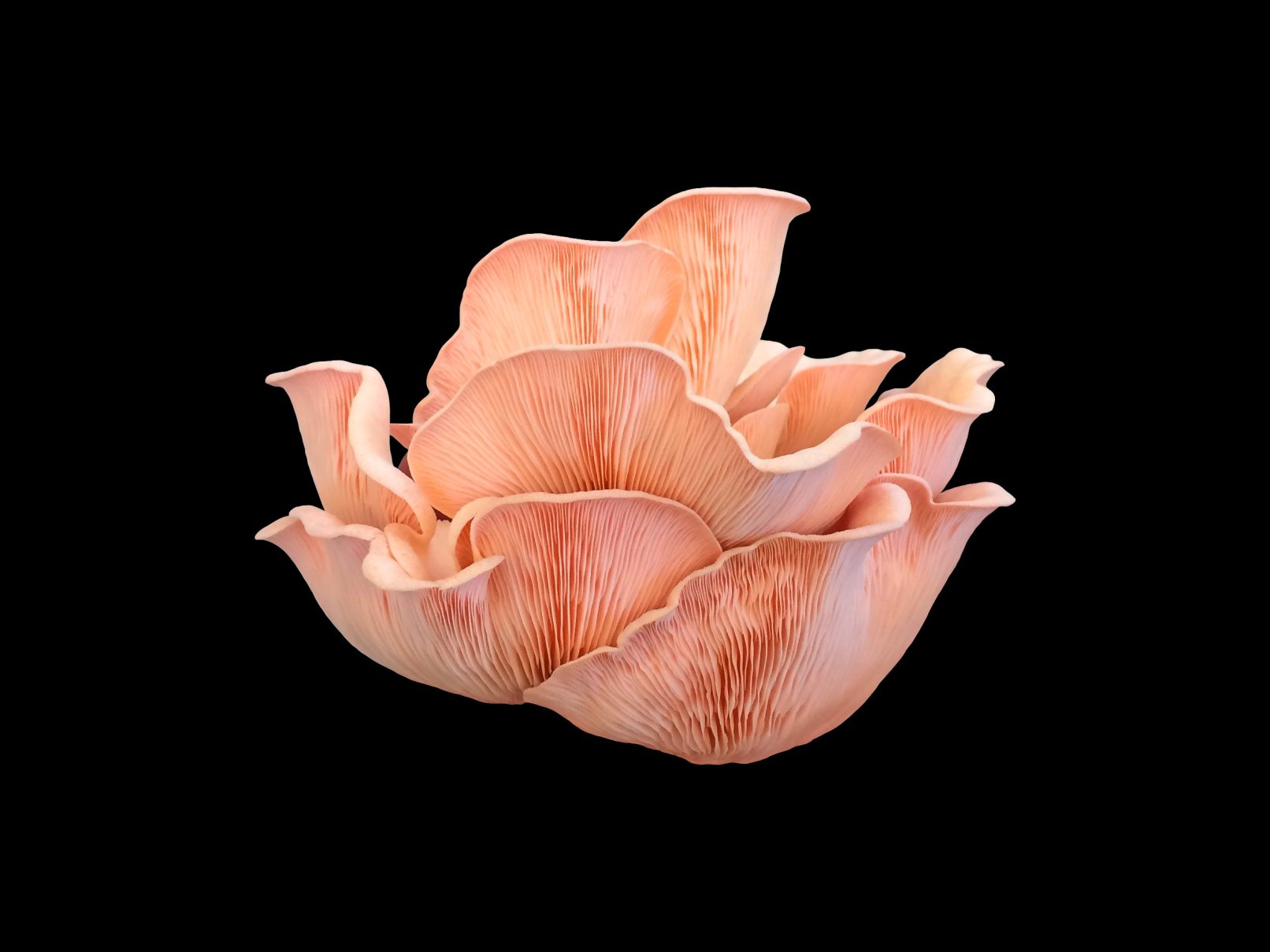 The installation Intelligo responds to current trans-human tendencies. Today, organic farming is done in bunkers below some of the most polluted cities in the world. We try to minimise time spent sleeping and eating, in order to optimise our personal performance, and in some respects we are growing machine-like – as people and as a society. We can also no longer reject the robot’s presence, neither in our consciousness nor in the near future. Taking its starting point in existing scientific articles, laboratory experiments and enterprises, the installation creates parts of a scenario where the boundaries between nature, memory and technology have become blurred and interwoven in entirely new ways, presenting ethical questions that we could hardly have imagined just a few years ago. The installation consists of square aluminium tubes from which mushrooms are grown and fed data before they are harvested, categorised and ultimately consumed. Oskar Koliander is staging a kind of scientific faction that exists in the form of experiments and which indirectly affects how we can think about technology, knowledge and what it means to be a human being today.

Special thanks to Rine Rodin and Simon Rasmussen. 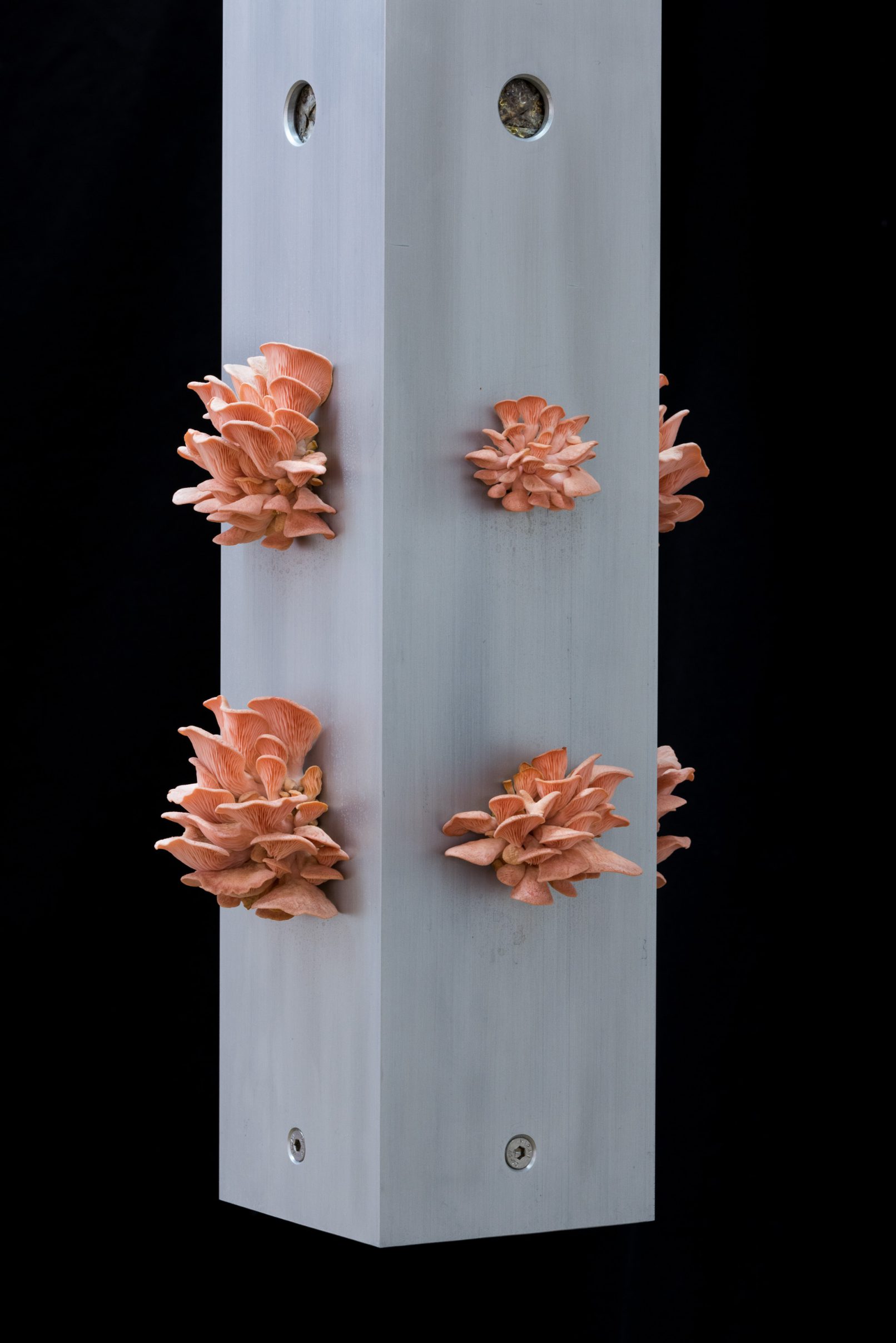 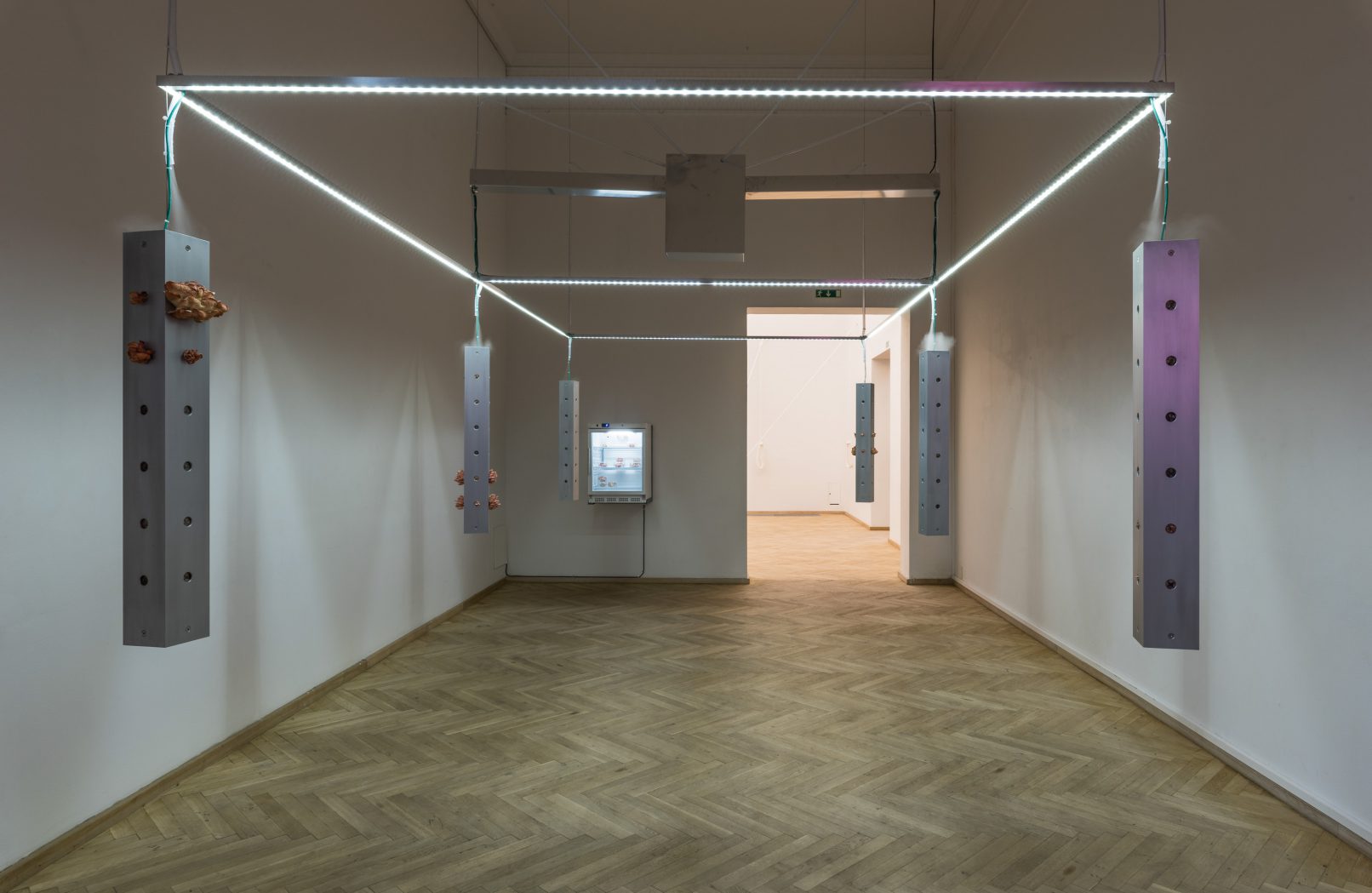 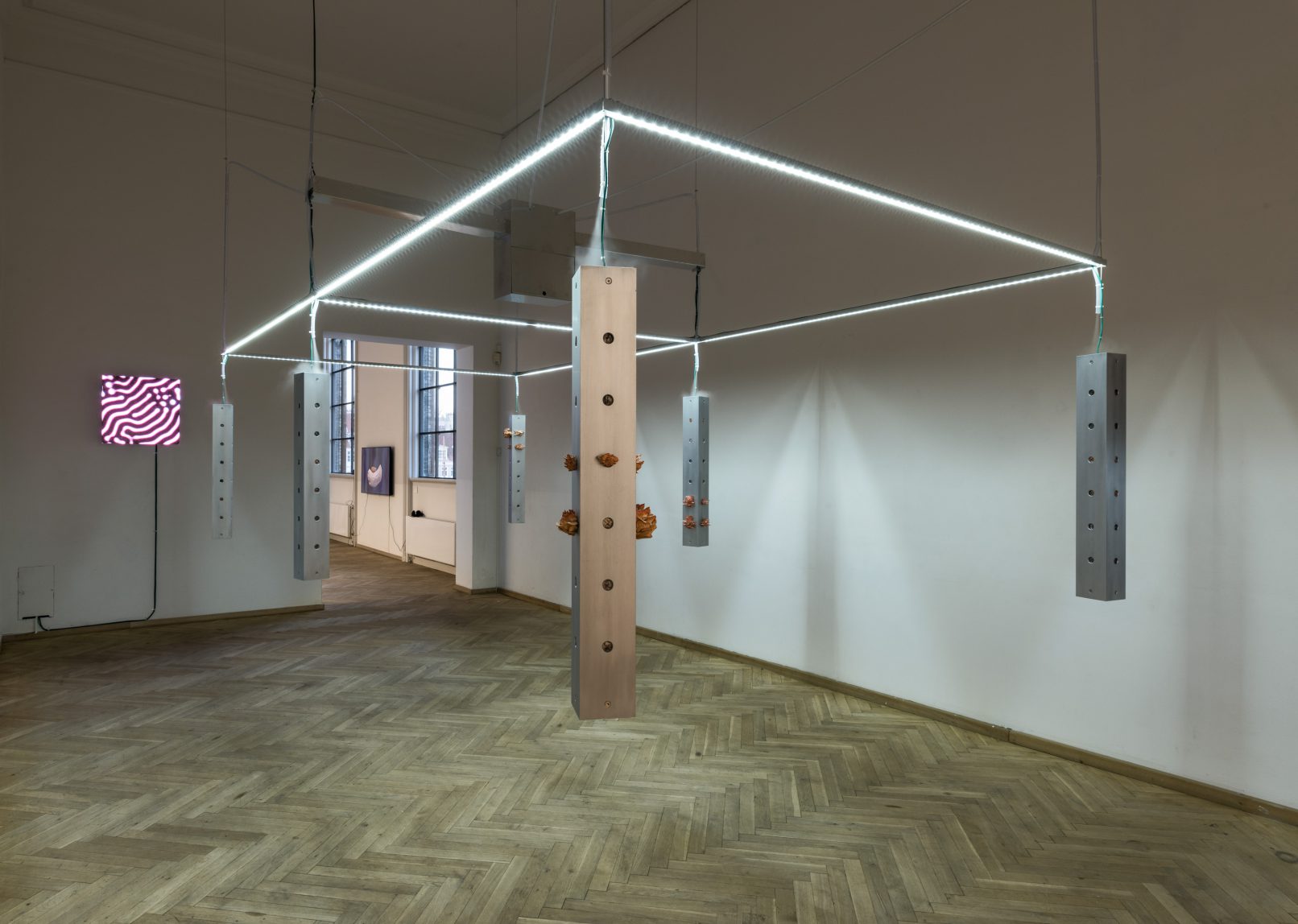 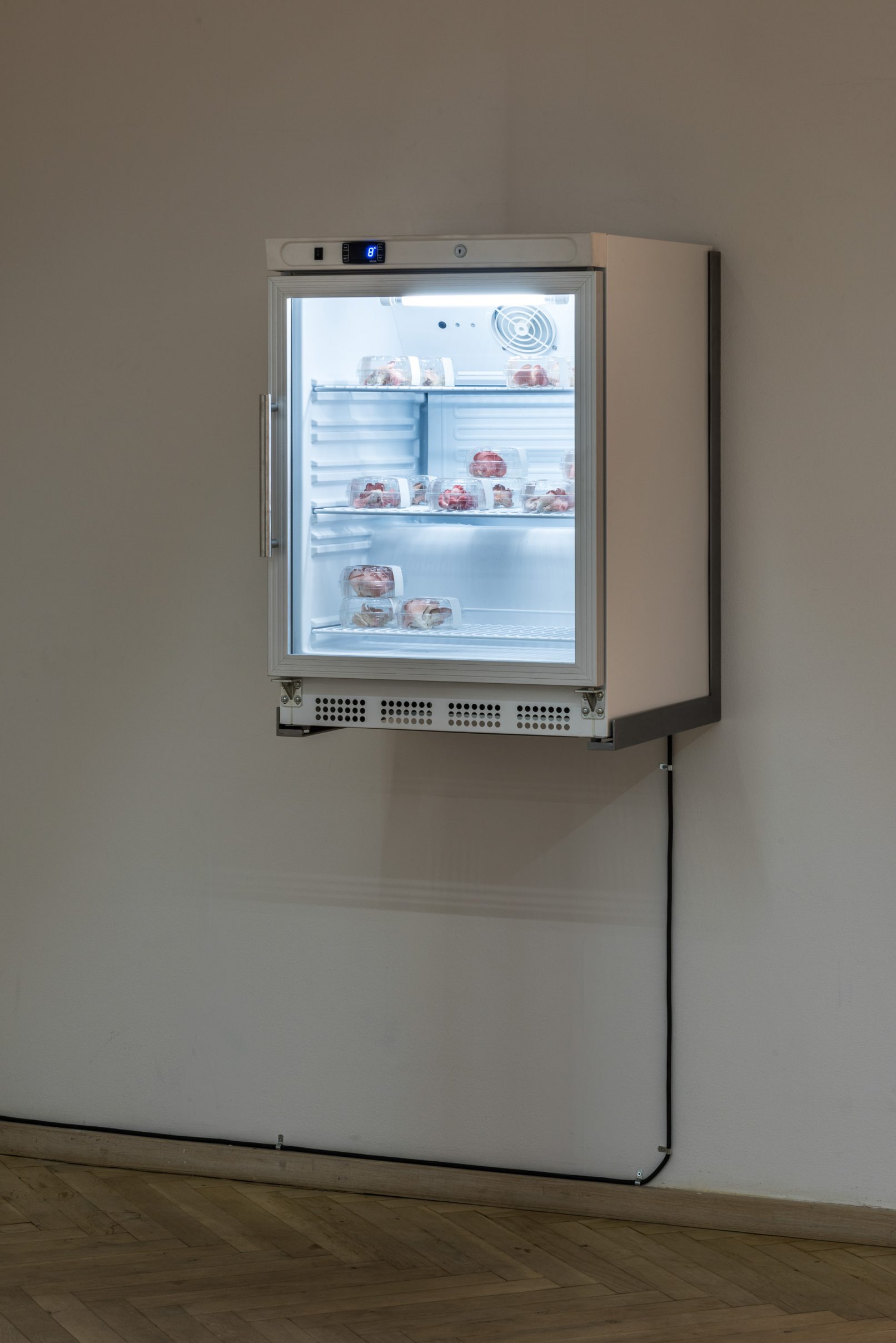 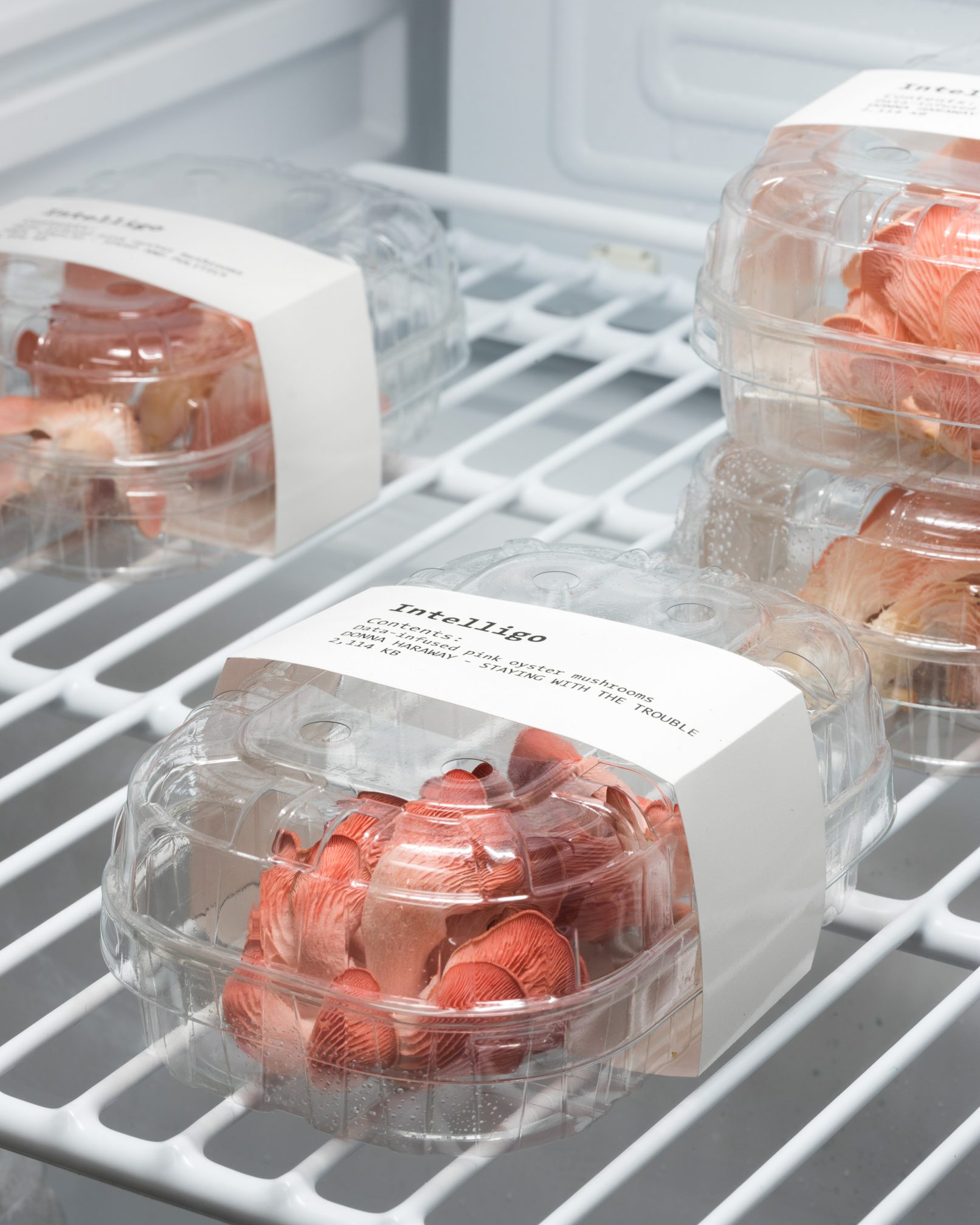 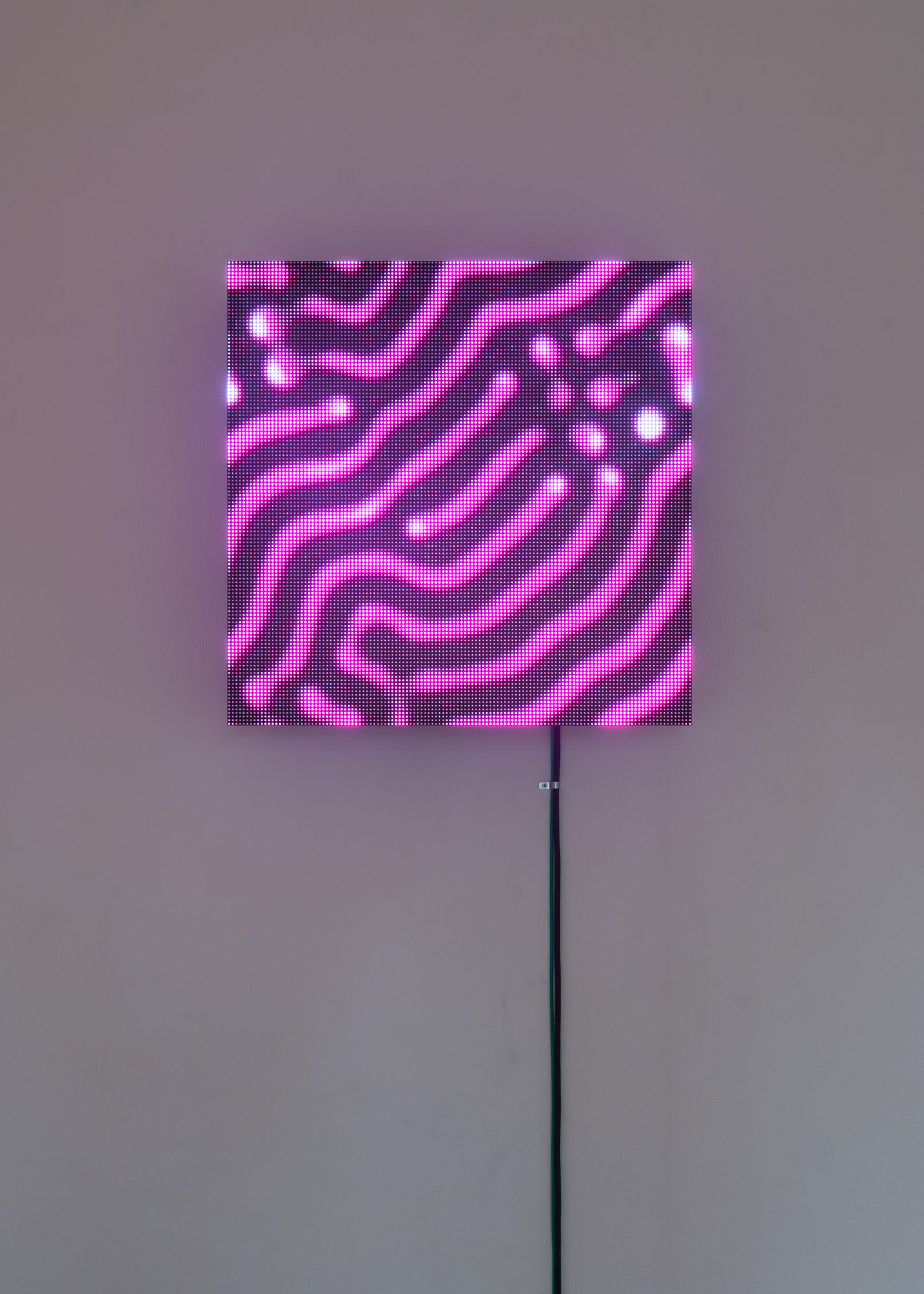 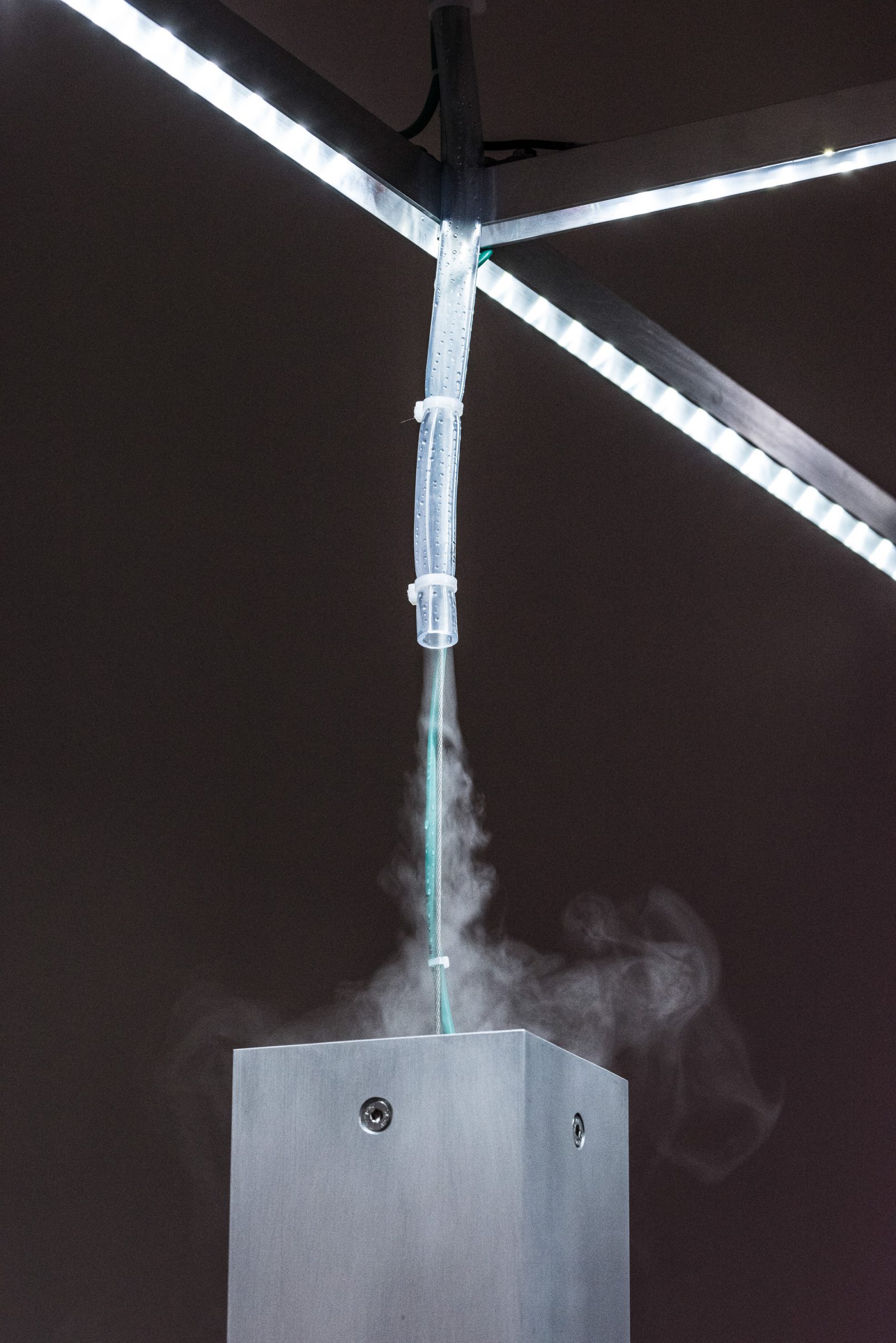 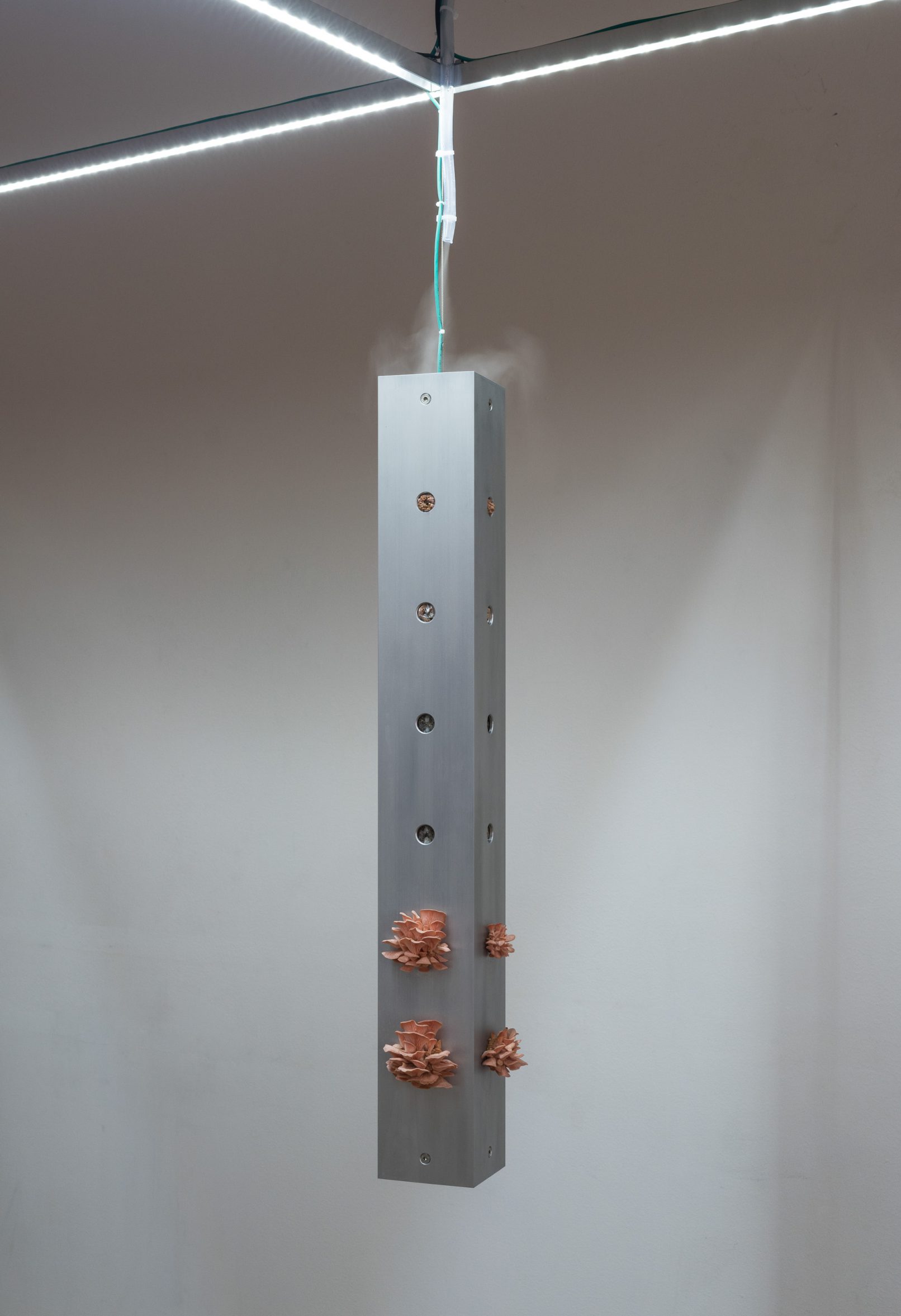 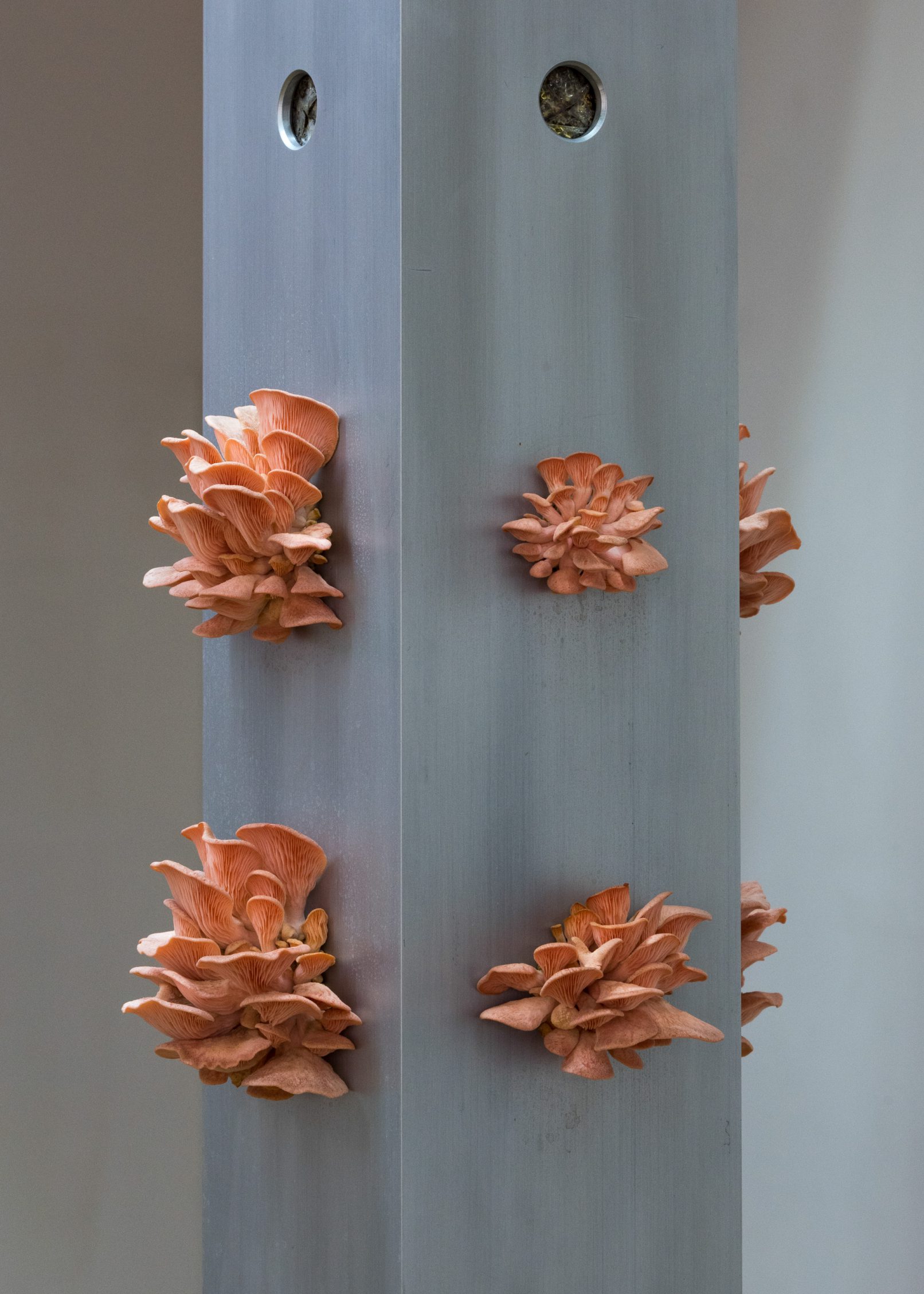